The sun painted sparkling shadows through the clear fall air, bathing the afternoon in riotous red, yellow, and faded green.  The carpet of fallen leaves beneath my feet crackled and I climbed the old wooden platform.  A lonely whistle pierced the silence…the platform jumped, rattled, and shook as the train pulled around the bend.  The braking hiss, the smell of ashes, dancing veils of steam…the working man winked at me as he said “all aboard!”

It’s been a while since I last rode the rails, but the images linger with me.  Nothing represents power, potential, and progress like a steam train.  I know it’s 2012 and we’re firmly in the “digital age”, but trains are somehow more gritty, earthy, and real.  Real men getting their hands dirty and getting it done.  Let’s ride the rails that built a nation, it’s time to talk about lead generation.

There are many theories, practices, and processes around lead generation.  No one in any organization is exactly sure who, i.e. which department or group, actually owns this function.  Is it Marketing or Sales?  Is it more cost effective to outsource it?  In recent years I’ve watched the lead generation function become devalued to the point where many companies subscribe to the “volume” theory.  This theory holds that finding the correct or best person (title or role) to sell to in an organization is largely a numbers game.  Therefore, if you have enough people pounding the phones, sending out mass mailers, or attending tradeshows, your organization will eventually find the right people and deliver the right message.  This theory comes from a very reputable source…who also believed that the sun revolved around the earth…

I believe the first step is to make sure that everyone, and I mean everyone, in your organization has the the same definition for what is a “lead.”  You should be able to ask anyone and get the same (or a very similar) answer back.  I touched on this previously in discussing the challenge of Sales and Marketing alignment, but agreeing on the elusive lead definition should include every department / group / function in your organization.  Brian Carroll, in his B2B Lead Blog, gives an excellent outline for creating this Universal Lead Definition and getting everyone on board.   Ok!  Let’s fuel the fire! 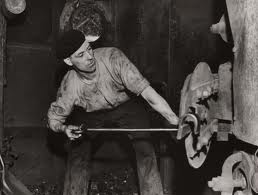 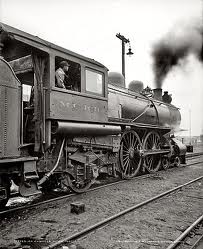 I realize that I’ve barely scratched the surface when it comes to lead generation.  El tiempo vuela however and this train’s leaving the station.  I hope you get your whole team on board, fuel the fire, turn up the boiler, sound that whistle, and head out towards the horizon.  We’re almost halfway through Q1 of 2012!  Time to ride the rails!